It was great to see how International Women’s day, on 8th March, received extensive media coverage this year. I felt privileged to be invited to attend an event organised by the Queen’s Commonwealth Trust and the Campaign for Female Education (CAMFED). They had an amazing panel of speakers, including Her Royal Highness the Duchess of Sussex (Meghan Markle), Angeline Murimirwa, Executive Director of CAMFED in Africa, Julia Gillard, Former Prime Minister of Australia and Patron of CAMFED, Annie Lennox OBE, Adwoa Aboah, Founder of Gurls Talk, and Chrisann Jarrett, Founder of Let us Learn.  They all spoke passionately and genuinely about what got them interested in feminism in the first place, and what we need to do to make faster progress. 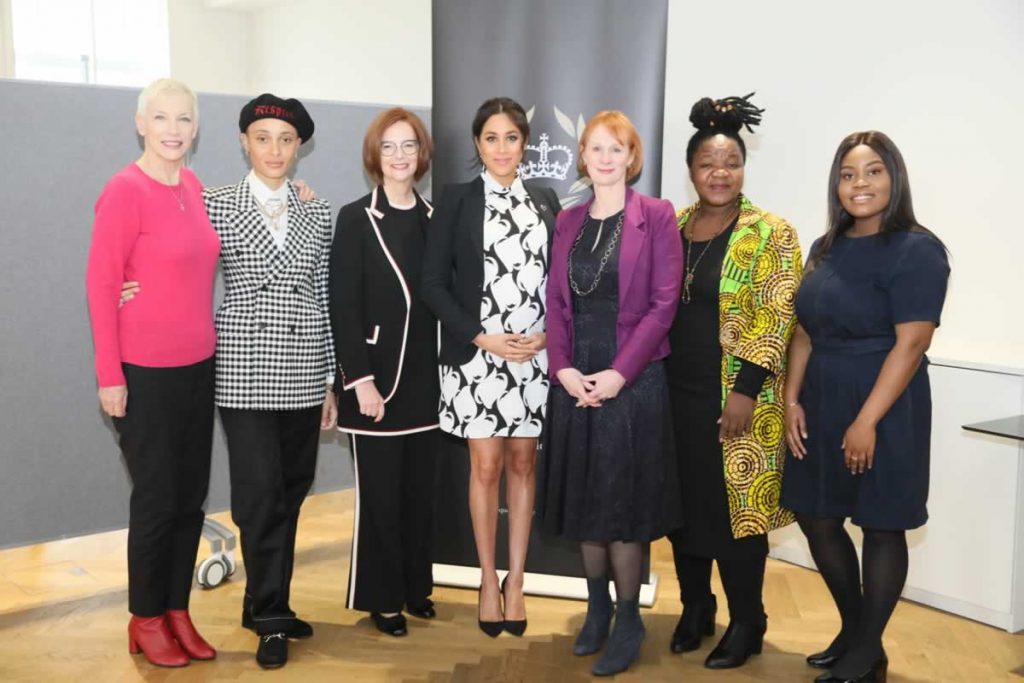 Meghan spoke about having been a feminist since a young age, and it’s clear that gender equality and women’s rights are issues that she cares passionately about.

Along with being a bit awe-inspired by the panel of impressive women in front of me, I was particularly struck by Angeline (known to everyone as “Angie”). She spoke eloquently about her own life trajectory. She grew up living in poverty and almost had to drop out of school after completing primary school, because her family couldn’t pay for the fees, books and uniform required for secondary school. She was lucky – with CAMFED support she managed to stay in school, and since then has gone from strength to strength – now leading CAMFED’s work across Africa. 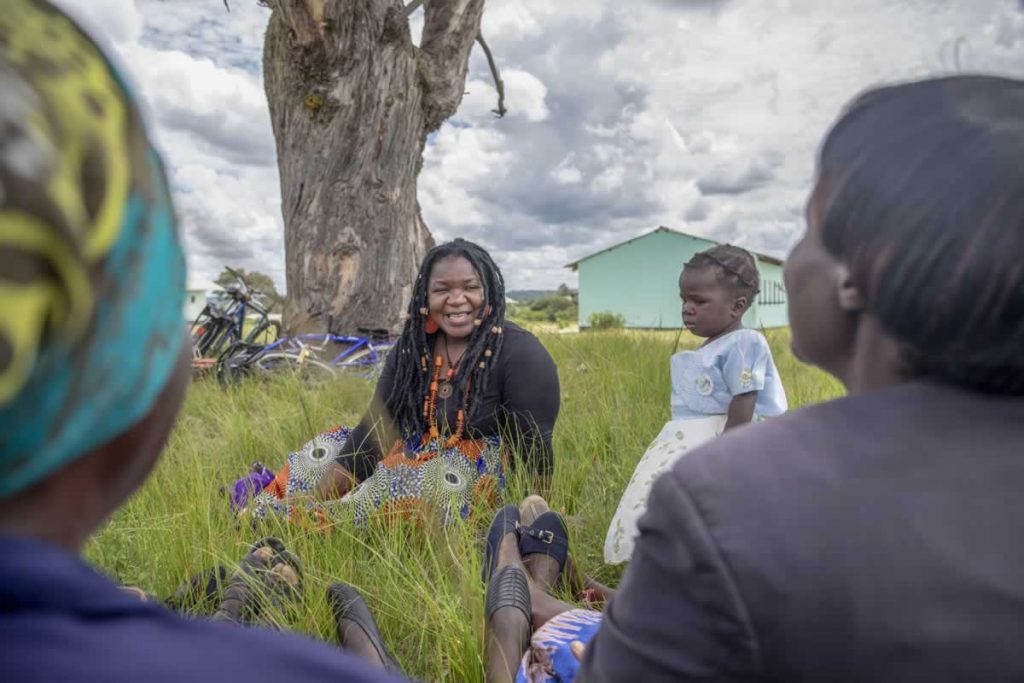 Angie’s story really struck home to me, as it reminded me of Beauty – the young woman who is the main inspiration for the CAMFED garden. I met Beauty Gombana when I visited Kwekwe in rural Zimbabwe in 2018.  Beauty had been supported by CAMFED through her education, and now runs her own successful agricultural business.  As well as giving her a way to earn a living and feed her family, the ripple effect to the community of her getting an education and receiving horticultural training are huge. She now employs local staff, and is a role model to other school girls.  She allows her business to be used as a learning resource and also funds other girls to go to school. 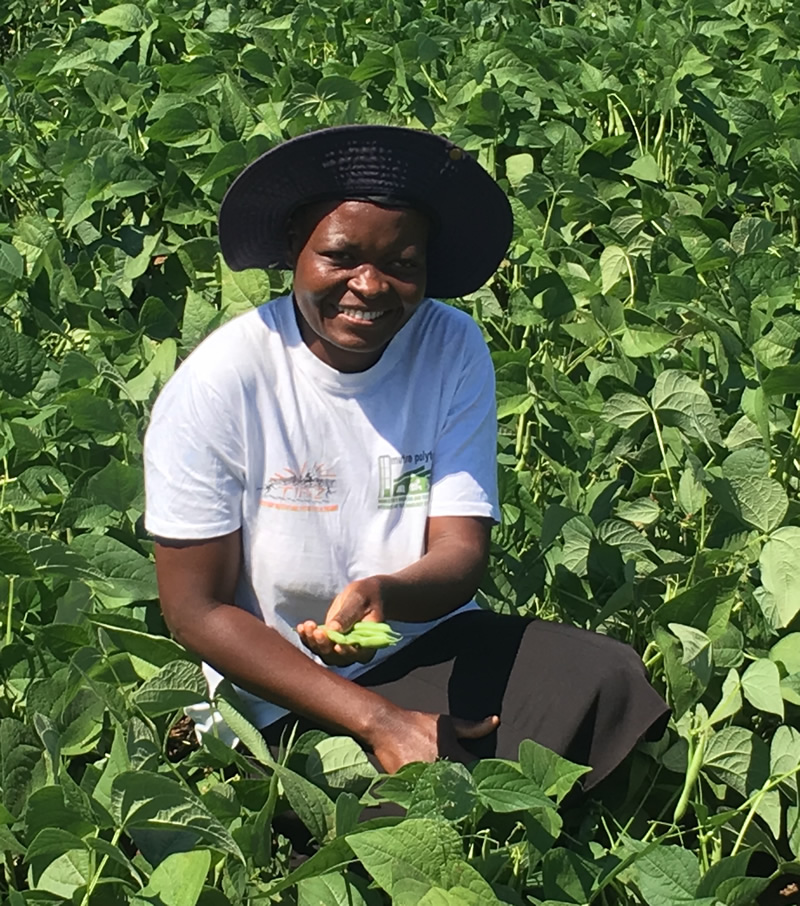 Without support to stay in education, she would have been forced to drop out of school and then what?  Early marriage, no job prospects, a life of extreme poverty. Instead she has a thriving business, great husband, brings wealth to her community, is locally respected and is empowered to have personal choices.

This is such a lovely success story and one that so typifies CAMFED’s work that I just had to use it as the inspiration for the Chelsea garden.

At the International Women’s Day panel people were asked what more we should do. Meghan Markle was clear – take action, do what you can, think about supporting a girl in Africa to stay in school. Alongside the garden CAMFED has launched a campaign to get an additional 1000 women into agricultural business. I do hope that, through our garden at Chelsea and the attention that it will receive, we can meet and exceed this ambition. Please do check out the link to this campaign if you want to find out more: 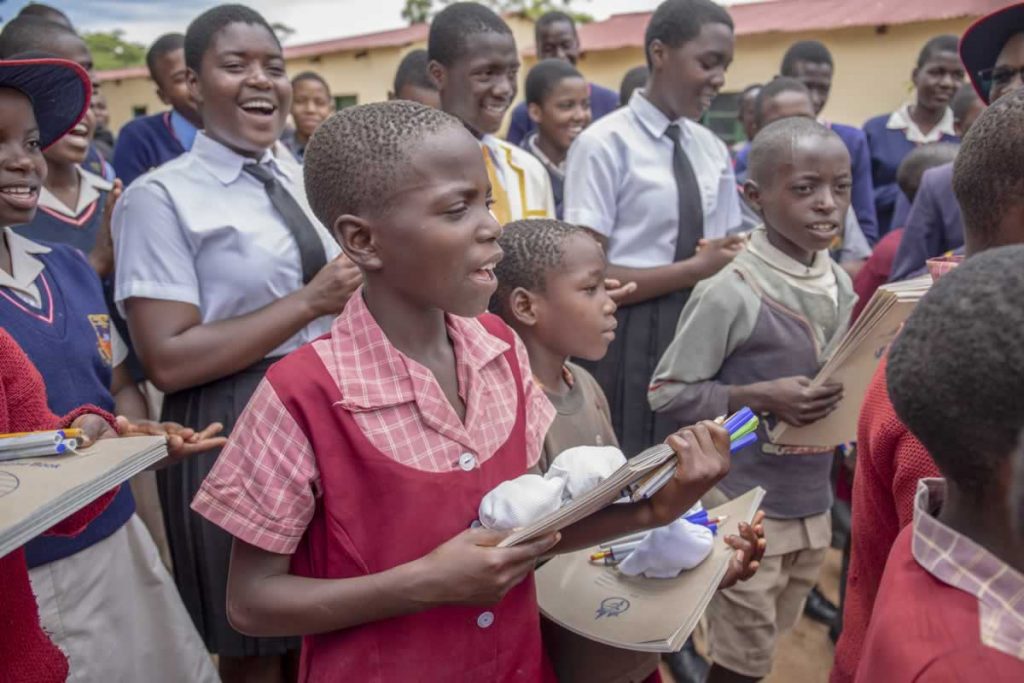 School girls in rural Zimbabwe receiving their CAMFED entitlements. They’ll be able to learn and grow their own futures, just like Beauty. Photo: CAMFED/Cynthia R Matonhodze

About Project Giving Back

Project Giving Back was established with funding from two private individuals who are RHS Life Members and keen gardeners. They wish to remain anonymous. PGB will help UK-based good causes recover from the unprecedented effects of the global pandemic by giving them an opportunity
to raise awareness of their work for people, plants and the planet at the high-profile RHS Chelsea Flower Show.

Living Landscapes is committed to sustainable and environmental construction practices, which has supported their long history in becoming BALI and RHS multi-award winners.

Living Landscapes collaborates with landscape architects and garden designers who also support its our core values. It firmly believes that landscape construction should complement the natural location it’s within. If wildlife and local habitats are created or enhanced through land forming and planting this should be done with careful consideration and thorough site analysis, ensuring the final creation naturally complements the surrounding environment.

About the International Gorilla Conservation Programme

The International Gorilla Conservation Programme (IGCP) is a unique collaboration between Fauna & Flora International (FFI), WWF, Conservation International and protected area authorities in the three countries where mountain gorillas are found: the Rwanda Development Board, the Uganda Wildlife Authority, and the Institut Congolais pour la Conservation de la Nature (ICCN) in the Democratic Republic of Congo.

IGCP’s mission is to conserve the gorilla and its habitat through partnering with key stakeholders while significantly contributing to sustainable livelihood development.

Fauna & Flora International (FFI) protects threatened species and ecosystems worldwide, choosing solutions that are sustainable, based on sound science and that enhance human well-being. Operating in more than 40 countries worldwide, FFI saves species from extinction and habitats from destruction, while improving the livelihoods of local people. Founded in 1903, FFI is the world’s longest established international wildlife conservation organisation and a registered charity.