Our medium sized plot will be packed full of energy and stories. It will be bright and colourful, positive and vibrant, as a direct response to my trip to Zimbabwe in 2018 and the inspirational people I met there. 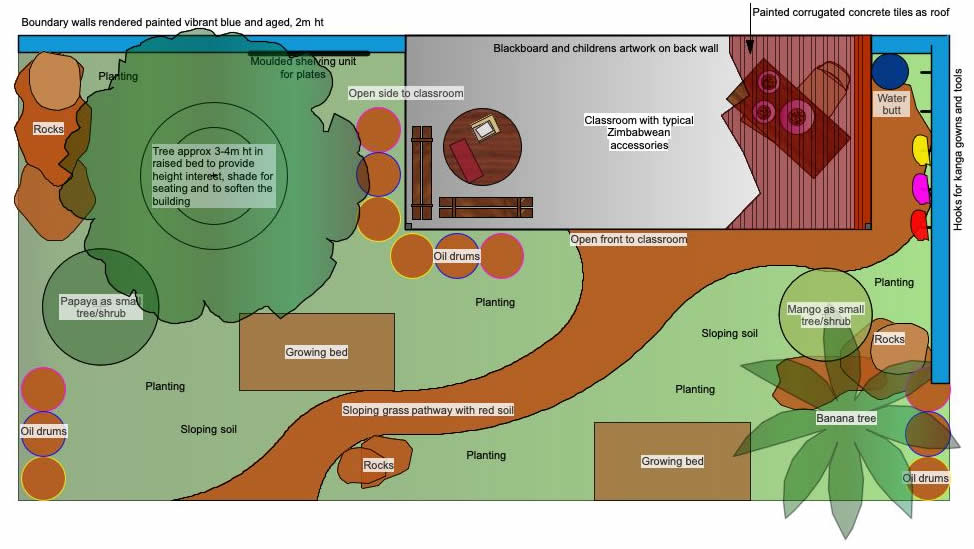 In the garden I wanted to reflect the way that CAMFED supports girls through education, so I chose an instantly recognisable classroom structure to set the scene. The teaching space will include a large blackboard, agricultural teaching materials, and beautiful artwork done by school children in Zimbabwe, who have been supported by CAMFED.

The simple, low cost construction materials are true to a school I visited in rural Zimbabwe, as are the blue boundary walls which provide a great blast of colour, enclosure and a lovely backdrop for the bold planting. 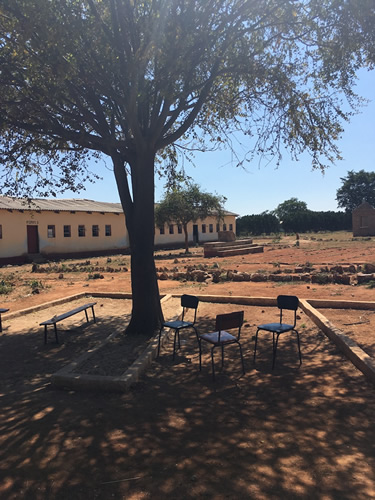 Red soil, so iconic of Zimbabwe, is used throughout the garden, along with rocks and boulders for drama and to retain the slope of 600mm. Painted, reclaimed oil drums as containers are dotted throughout, to knit the scheme together and give continuity and rhythm. These will be planted with some pretty unusual plants too such as Moringa (Miracle Tree) and Avocado. 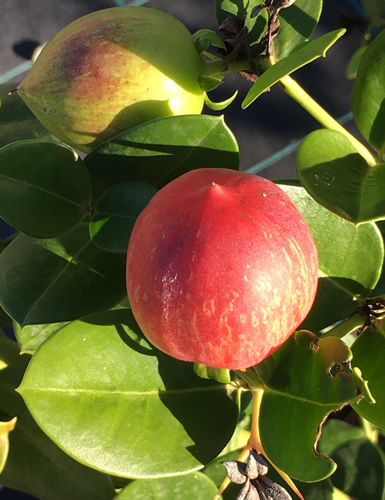 The planting is mostly edible and showcases crops grown in Zimbabwe, both for food and for the agricultural businesses that women run. There will be some pretty unusual plants in this garden – some which have not been seen at Chelsea before, such as iron enriched beans and vitamin A fortified maize. Bold leaf shapes will be used such as Ensete (False Banana), Musa (Banana), Colocasia (Taro) and Manihot (Cassava) are balanced with smaller plants such as Physalis (Cape Gooseberry) and Vigna unguiculara (Cow Peas).

There won’t be any alliums, lupins or foxgloves in this garden, that’s for sure! 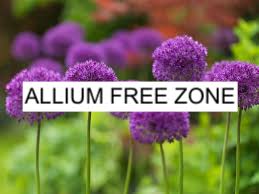